Teaching the American dream and identity? Two score and sixteen years ago, civil rights activist Malcolm X climbs the rostrum at Cory Methodist Church in Cleveland, Ohio to deliver his seminal speech “The Ballot or the Bullet”. The speech defines a pivotal moment in American political history – a time at which the civil rights movement is´at a crossroads and must choose a new way forward.

On April 3 1964, there is no American dream available to Malcolm X only an American nightmare. The non-violent approach to the civil rights struggle advoctated by Martin Luther King has shown its limitations. Racial equality, it seems, cannot be reached solely by political negotiation and demoratic vote.

The time has come for fighting “by any means necessary”. The black community must be willing to take up arms against their oppressors. To achieve freedom and equal opportunity, X argues, black people must choose the bullet over the ballot and bring about a revolution on the streets of America.

If Malcolm X spoke in a time of violence and political division, then the politcal landscape of the 2020 presidential election seems even more hostile and polarized. When X wanted to take a bullet to the American system of government, he could hardly have imagined that 50 years later the men bearing the gun would work inside the system itself.

In 2016 president Trump boasted that he could “shoot a man on Fifth Avenue and get away with it”. In the beginning af 2020, he did just that. Power “by any means necessary” seems to be the only governing principle left in US politics. By refusing to check and balance power, congress has given up on the fundamental principle underpinning the political system in America. At the same time, the judicial system does not function independently but rather as an extension of the executive branch.

The authoritarian turn in American politics is explored further in this interesting piece by Adam Serwer in The Atlantic: “The First Days of the Trump Regime”. In this context, the challenge comes from an ideologically disparaged left-wing that bear many similarities to the contest between George McGovern and Richard Nixon in 1972 as set out in this article by Derek Thompson: “Bernie Sanders is George McGovern”

To Sleep Perchance to Dream

In the context of the 2020 presidential election, this module explores central American myths and values across a wide selection of cultural expressions.

Through political speeches, excerpts from history books, fiction and film; central American concepts like the American Dream, the frontier, immigration, democracy, family and freedom will be investigated and discussed. The core issue of this module is to trace the development of these myths from their conception until today. In texts ranging from the Declaration of Independence to the Gettysburg Address. From Kennedy’s new frontier to the dreams and promises of King and Obama. And finally on to the authoritarian vision of Donald Trump.

While the main emphasis will be given to rhetorical analysis of political speeches and non-fiction writing, film and fiction will be brought in to place these in a wider historical and cultural context.

The mainstay of the module will be the chapter “USA – From British Colony to Superpower” in Finderup and Fog, Worlds of English (Systime 2010)

In each lesson a pair of students give a short talk on a current news issue in the US Media. 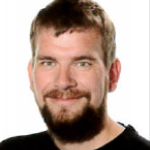